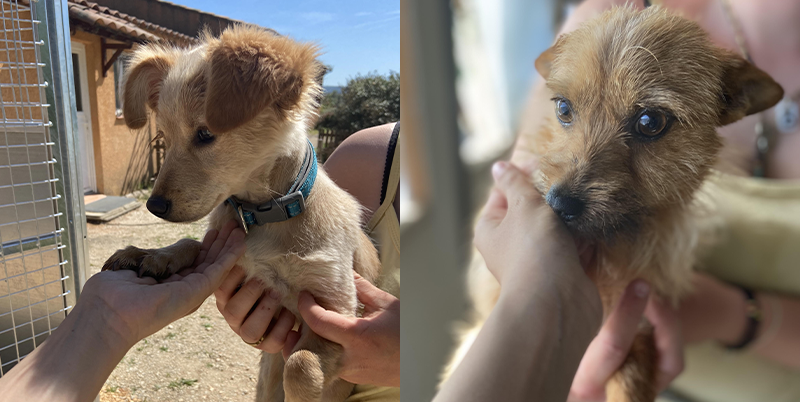 May 2022: The rescue of Mowgli and Snoopy in the South of France

YouCare Association and Snop Dog Academy join forces to save two dogs, taken in charge by a pound in the South of France.

In May 2022, the pound of Trets, located near Marseille, contacted many associations, including the YouCare Association, in order to save several dogs. We decided to take care of two dogs named Mowgli and Snoopy.

Mowgli, 2 months old, was picked up by the pound when he was abandoned, tied to a tree near a travel area. Snoopy is a one and a half year old Yorkshire cross who was mistreated by his former owners and was abandoned at a rest stop.

On the left, Mowgli and on the right, Snoopy, on the day of their arrival at the shelter.

Despite the distance and thanks to our network, we intervened through one of our sponsors of the 1% For Animals label, Snop Dog Academy. Adam and Virginie, presidents and trainers of Snop Dog Academy, came to Marseille to transfer the two dogs to their respective foster families.

But everything did not go as planned since Manon and Marion fell under the charm of the two 4-legged friends and finally decided to adopt them! 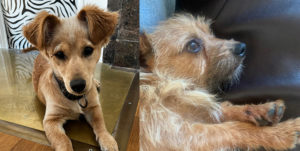 Mowgli and Snoopy, to this day, relaxing with their families for life.

Today, it has been a month since Mowgli and Snoopy were released from the pound. They both rediscover the joys of a loving home and savor every moment of their new life.

A big thank you to Snop Dog Academy who made this beautiful rescue possible!