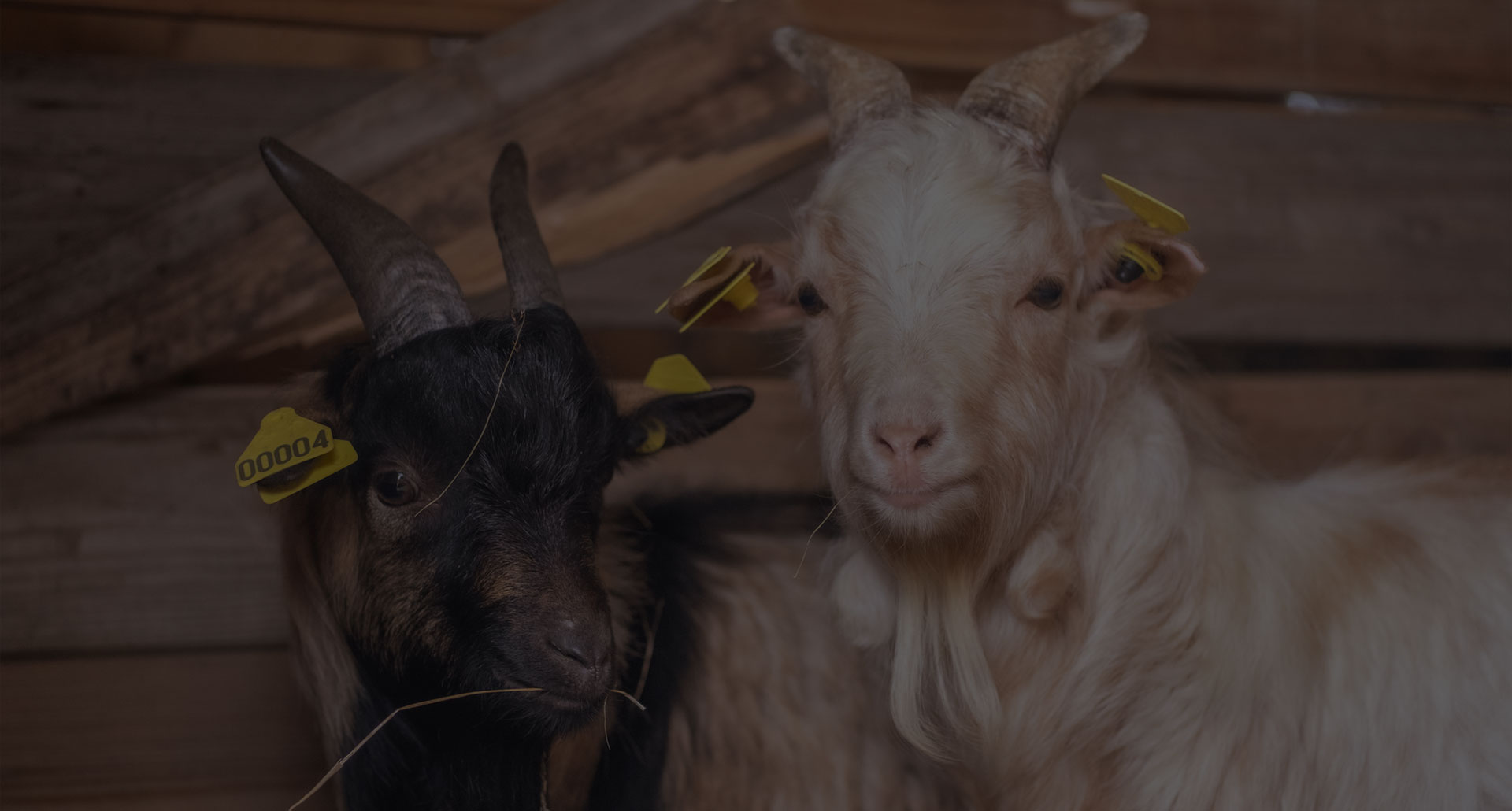 January 2022: The rescue of You and Care, two abandoned dwarf goats

The YouCare Association and Les 3 Dindes join forces to save the lives of two dwarf goats, thanks to the 1% For Animals Label.

In January 2022, the YouCare Association was contacted by the Chailly-en-Brie pound to take in charge two dwarf goats, which had been found in a private individual’s garden while eating his roses. Without identification, the two dwarf goats were considered abandoned.

The pound spent more than a month looking for an association that could take care of the two little goats. Seeing that no solution was found, we intervened with our network to set up this rescue.

Our partner association, Les 3 Dindes, answered the call to save them. Lisa, the president of this association, made the trip from Toulouse to pick up the two animals in Ile-de-France. On January 20th, Thomas, our president, and Lisa went together to get the two billy goats from a SACPA pound in 77.

After a long drive to reach the refuge in Toulouse, the two billy goats are installed in a quarantine park to carry out their compulsory sanitary protocol. During this one month period, they are isolated and castrated so that they can join the rest of the herd. 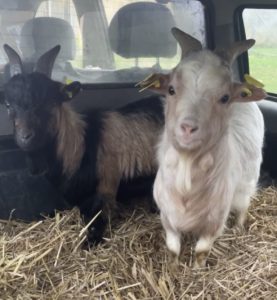 You and Care on their way to a new life

Once the quarantine is over, the two billy goats are introduced into the herd where they find a semi-liberty thanks to a 10 hectares wooded area which allows them to roam as they please. After a few minutes, they are accepted among their peers. The beginning of their new life begins!

As a thank you to our association and the 1% For Animals Label, the two billy goats have been renamed You and Care by Les 3 Dindes. This gesture echoes the mutualization of forces that is essential between associations. Indeed, Les 3 Dindes refuge farm has material and human resources, while the 1% For Animals Label provides essential financial support to the realization of the rescues.

Today, it has been four months since You and Care started their new life. Happier than ever, they rediscover the joys of the outdoors and savor every moment. When they are older, they will join the herd of adult goats.

A big thank you to Woopets for their nice story about this rescue! See the article